Queen of the Himalayas

Submontane the majestic Himalayas, nestled between Bhutan and Nepal lies the region of Darjeeling.
For many an almost magical place. Which really doesn't come as a surprise because Lord Indra himself - ruler of the high heavens - blessed the place 'ling' with his thunderbolt 'dorje' - 'Dorjeling' - also known as Darjeeling or Darjiling.
The region earned its epithet 'Queen of the Himalayas' because it offers spectacular views on the whole Himalaya mountain range.
Tiger Hill in Darjeeling attracts many visitors who scramble up there in the mornings, hoping to catch a glimpse of the majestic Kanchenjunga (8.598m) bathed in shades of pink and golden sunlight. Long time it was believed to be the highest elevation on this planet. Only when the British mapped India in 1849 it became clear that Mount Everest and K2 are higher. 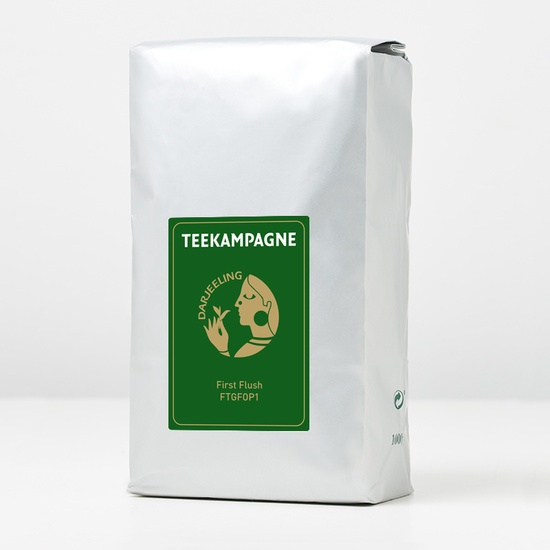 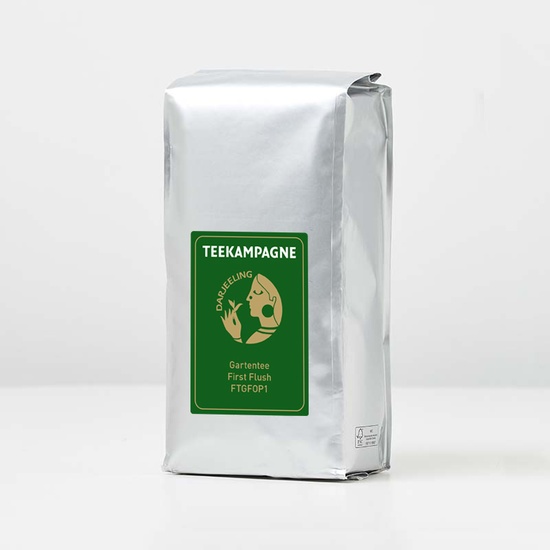 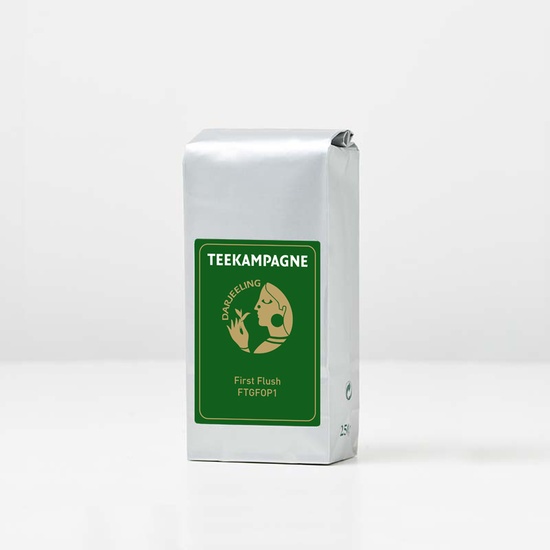 The tea gardens of Darjeeling

Darjeeling tea is grown on the southern slopes of the Himalayan. It is cultivated at extreme altitudes, on steep slopes, under intensive sunshine in a generally cool climate. Darjeeling tea has a distinct and unique flavor. Its annual harvest is limited, and its taste and aroma cannot be replicated anywhere else. Only tea that has been harvested it in the 87 tea gardens of the Darjeeling district may be called Darjeeling. At Teekampagne you will find Single Estate Teas from only one of the famous tea gardens as well as blends comprising Darjeeling from up to eight different gardens. On each of our packages you will find the names of the particular tea estate(s). 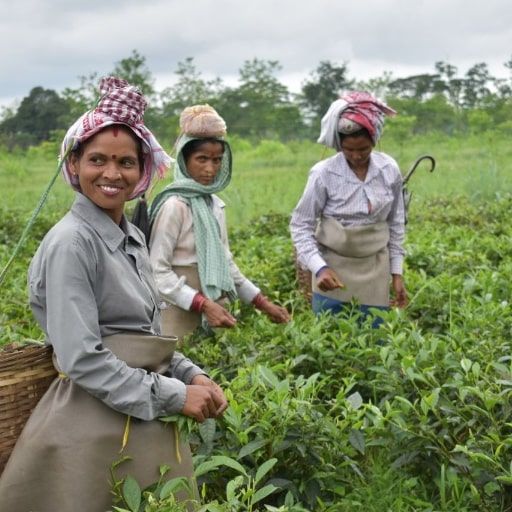 Darjeeling is a district of the Indian federal state West Bengal. Darjeeling is home to around 1.6 million people and covers an area of roughly 3.000 square kilometres - in size this is comparable to the Italian Aosta valley,
however, that only has a population of 123.000.

Many people made Darjeeling their homeland only in the course of the last 100 years, when the British encouraged immigrant workers to help building roads and setting up tea gardens. Since the majority of them speak Nepali, this is the official language of the district along with the official state language of Bengali. However, many understand or speak Hindi and English a well.
The Nepali speaking Ghorkas who form the bulk of the population in the hills, demand an independent
state Gorkhaland that leads repeatedly to political friction since the 1980s.

The district of Darjeeling is administratively divided into different divisions: Darjeeling Sadar, Kalimpong, Kurseong and Siliguri. Geographically it consists of the hills and the plains.
The plains are also referred to as Terai, and also a tea growing area.

Friendly hospitable people, stunning nature, lush green tea gardens, steep winding roads will be some of the impressions visitors will take back home after visiting this fascinating spot. 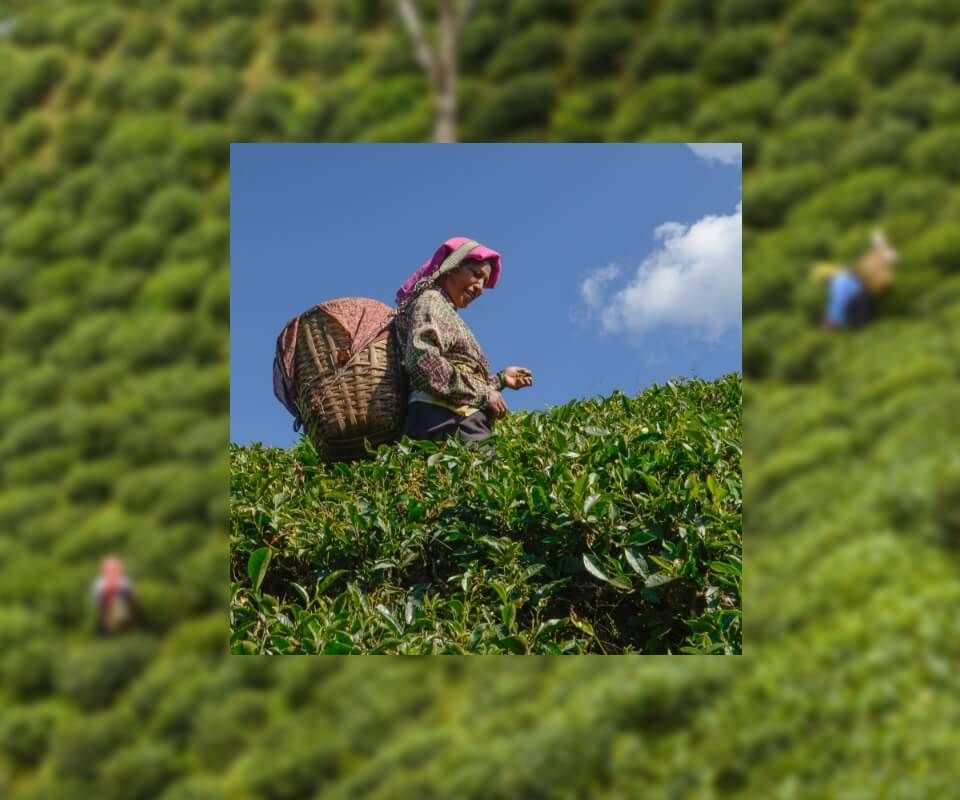 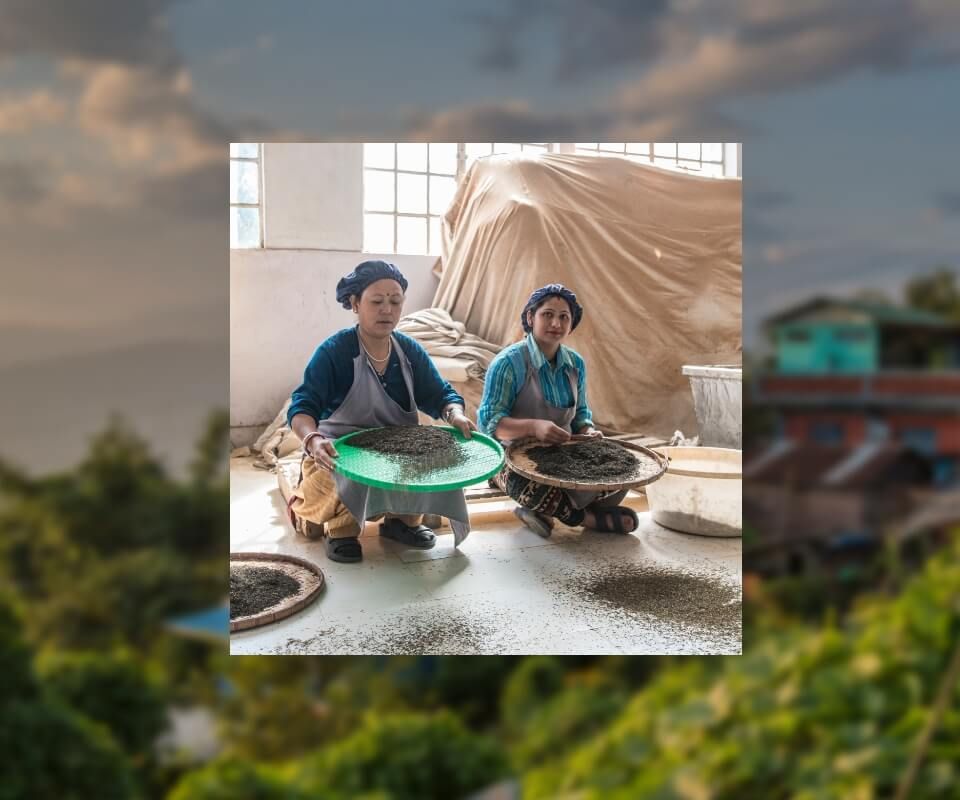 More from our tea regions 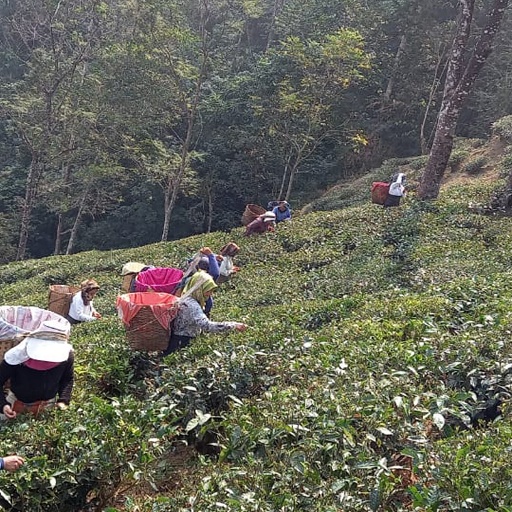 From the tea regions
First Flush harvest 2022 in Darjeeling started
As per Tea Board of India circular the harvest and production of Darjeeling Tea this year is allowed from 21st of February onwards. 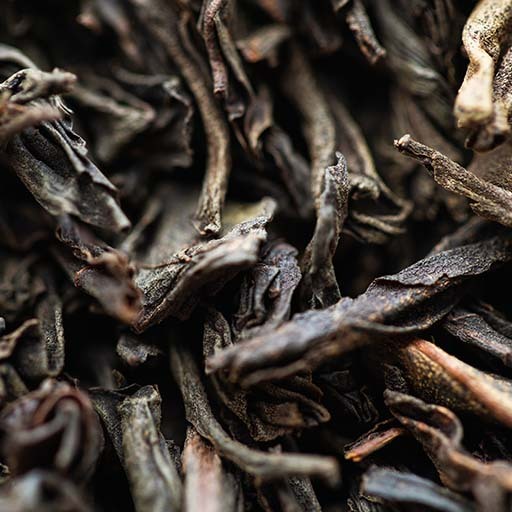 From the tea regions
How is black tea manufactured?
Discover how black tea is actually produced in our video. 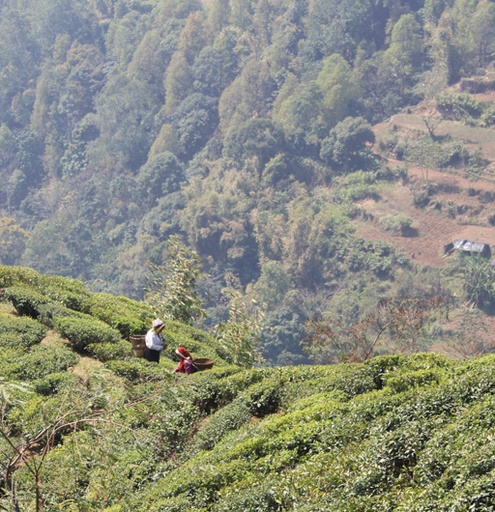